Mains Cottage is ideally situated as a base for Le Tour, you can easily drive to see the tour when is passes through Thwaite on the 1st Day… we are only an hour away.

The rest of the week can be spent enjoying all the fantastic cycling that the Lake District National Park has to offer, road cyclists and mountain bikers are spoilt for choice. There are country lanes, permitted cycleways and bridleways with some fantastic views!

It is now under a year until the world’s greatest cycle race”LeTour de France” will start in Yorkshire on the 5th & 6th July 2014 bringing millions of fans to the North of England to cheer on the champions of the sport.

It will be the first time Le Tour has visited the North of England having previously only made visits to the south coast and the capital.  The first stage will start from Leeds Town Hall on Saturday 5th July 2014 and pass through 190 km (120 miles) of gorgeous North Yorkshire countryside before reaching Harrogate, where the first Yellow Jersey of the Tour de France 2014 will be awarded.

On the second day, riders will leave the historic city of York for Sheffield on a very tricky 200-km (125 miles) stage. It then departs the North of England back to France with one more stage held in the UK between Cambridge and London.

For mountain bikers, Whinlatter Forest and Grizedale Forest (open in new window) are criss-crossed with routes ranging from those suitable for beginners to more challenging levels.

Mains Cottage can be found just outside Greystoke, between Keswick and Penrith within close proximity to Ullswater, Glenridding and Patterdale.

Mains Cottage is located 3 miles from the Lake District National Park, please click on the map below for more information, this link will take you to the map of the area: www.google.co.uk 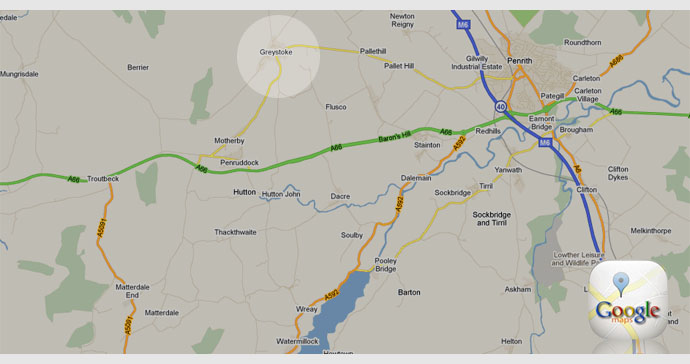